HISTORICAL LIST OF COMMERCIAL
FILMING AT CARLSBAD CAVERNS
1924-1993
Posted by Bob at 9:35 AM

Email ThisBlogThis!Share to TwitterShare to FacebookShare to Pinterest
Labels: Films at Caverns' chronology

In a fit of nostalgia, we subjected the kids to "A Fury Slinging Flame", the Rt66 episode filmed in CACA I don't think I've seen since the '84 seasonal training.

I recall in the final chase scene, the one where purt near the entire cast runs up the Main Corridor in about a minute and a half, one of 'em in heels no less, the last one up to the cavern entrance was the park ranger, and curiously he was the only one out of breath after the uphill sprint. Yet, in the Netflix edition we had here, there was no huffing and puffing, out of shape ranger. (Not that I ever huffed and puffed my way out of that cave of course.)

Do you recall this scene, or has my memory devolved into hazy wishful thinking after all these years? Or is Netflix messin' with the original film.

Wow, this piece of writing is fastidious, my younger sister is analyzing
these things, thus I am going to tell her.

I came across while watching movies. .Thanks for sharing..^__^..I will tell my sister and friends about your blog...pls continue to
write an article...I'm looking forward for the upcoming posts you will be posting

want to watch american and korean tv series and movies?

Any Idea Where to watch movies online?
In these days , you can Watch movie online for free without ads and payment needed.

I know we love to Watch movies online even

American Tv Series . I don't know if you are also fond of watching

Korean Tv series . My name is cielo I am a movie and tv series lover

"is now Trending"
for more trending news try to visit " 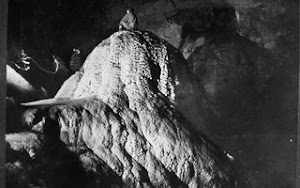